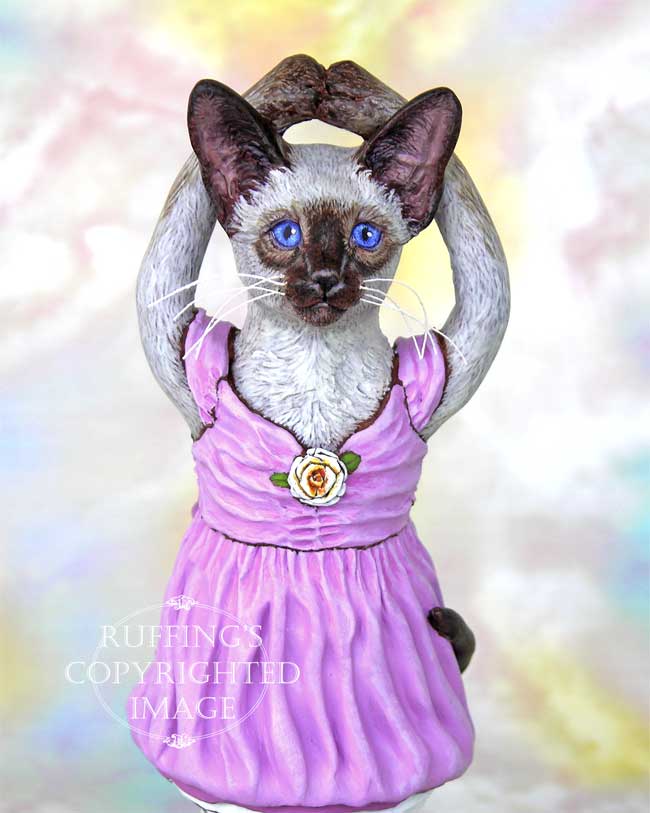 They named her Jasmine, after the sweet smelling flower, but everyone calls her “Jazzie.” 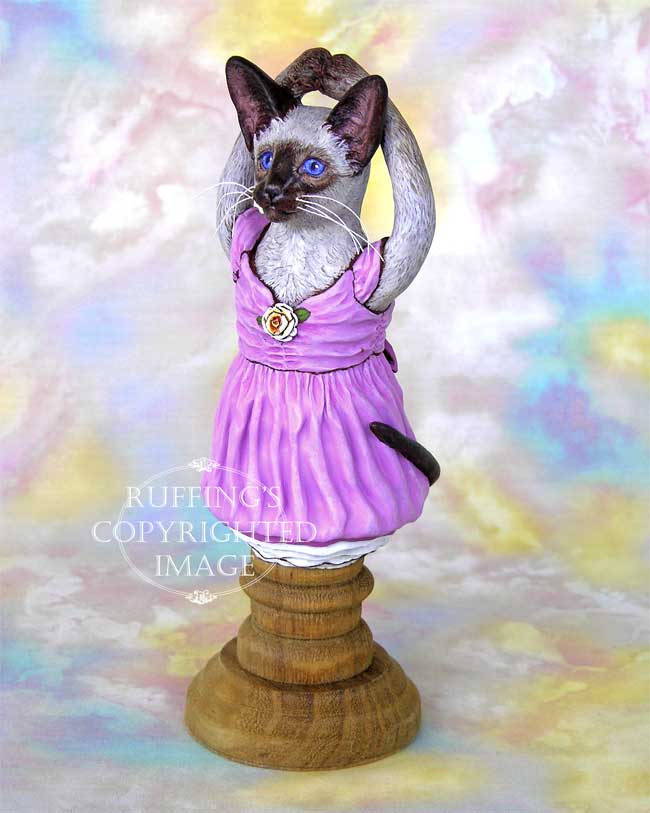 Jazzie is a little kitten with a big dream. Someday, she wants to be a prima ballerina. 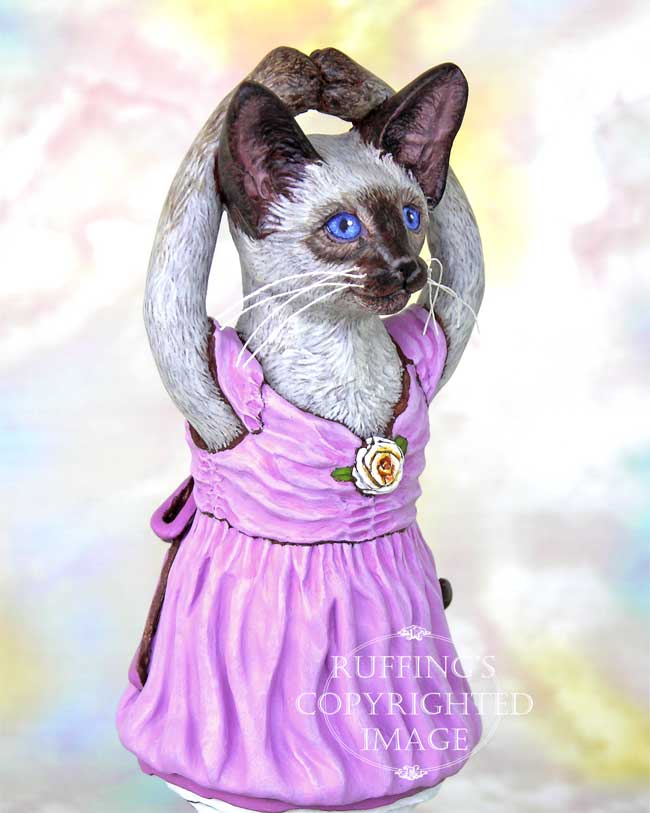 She has the jumping thing down, and the leaping thing. Her somersaults are outstanding, and she’s trying to think of a way to work them into her first ballet recital. 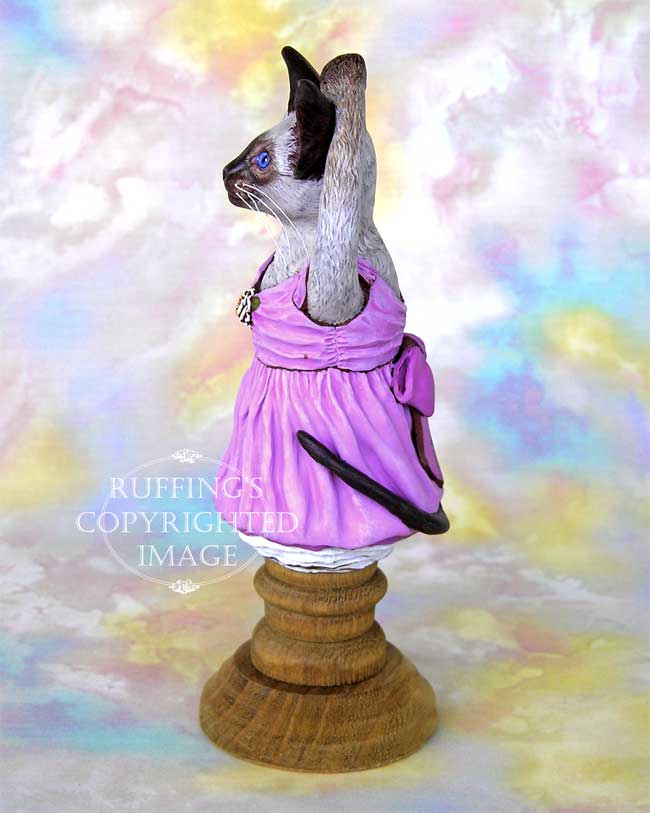 The only really disappointing thing to Jazzie is that her little limbs are not yet long enough for her to put her paws together above her head in that graceful ballerina arch. Her ears always get in the way. 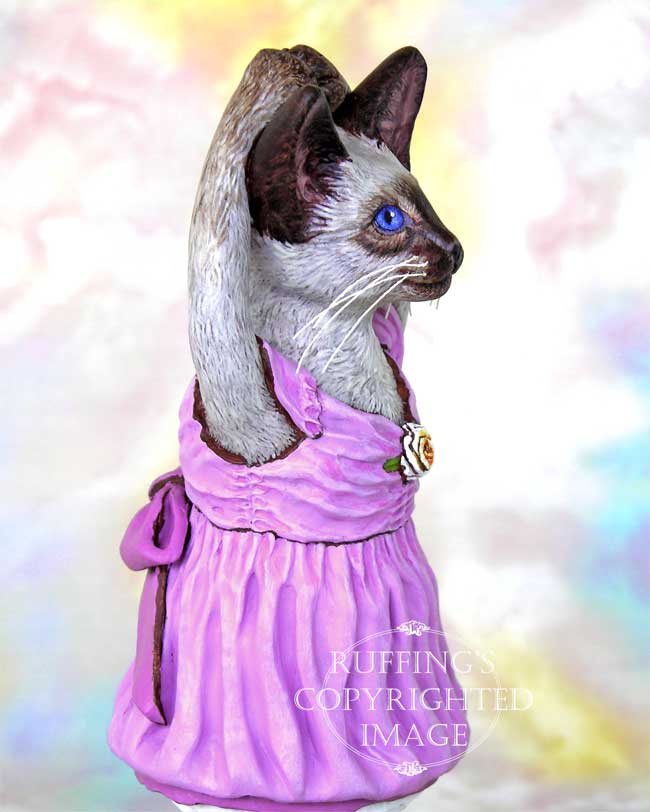 Today, Jazzie is twirling around the dining room table. 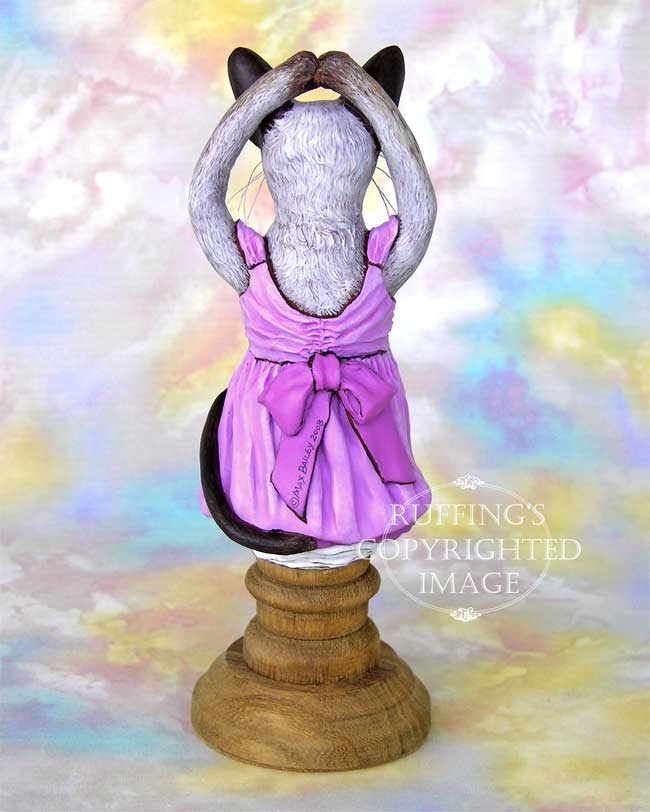 “Jazzie, you really are very weird,” her brother says, looking up from his violin practice. 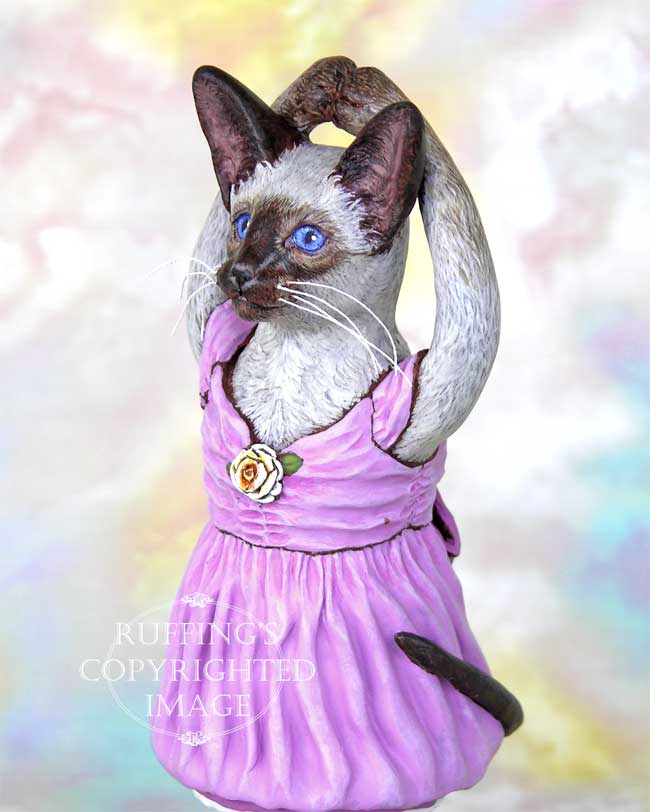 Jazzie ignores him. She has just discovered that if she concentrates really hard on trying to catch the tip of her tail in her mouth, she can spin even faster. Depending on where her tail is at the moment, she can spin to the right or spin to the left! 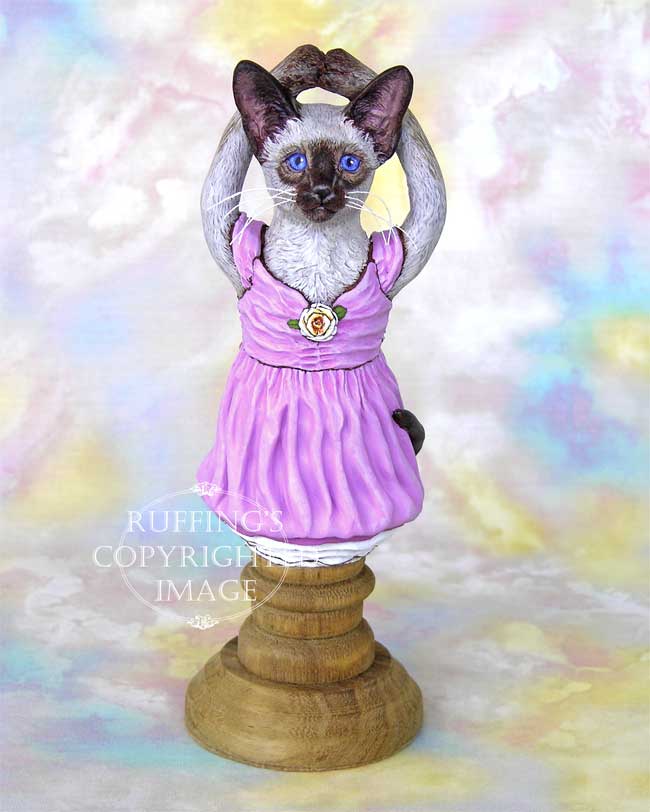 When Jazzie is too dizzy to continue, she stretches out on the floor and watches the ceiling go around. She imagines she can hear the audience loudly applauding. The curtains part for the fourth curtain call. There is Jazzie, the prima ballerina, at center stage, her paws extended high above her ears in that graceful ballerina pose. Bouquets of roses are strewn all about the stage. Jazzie looks down at the orchestra and sees her brother, playing first violin. He looks so proud of his little sister! 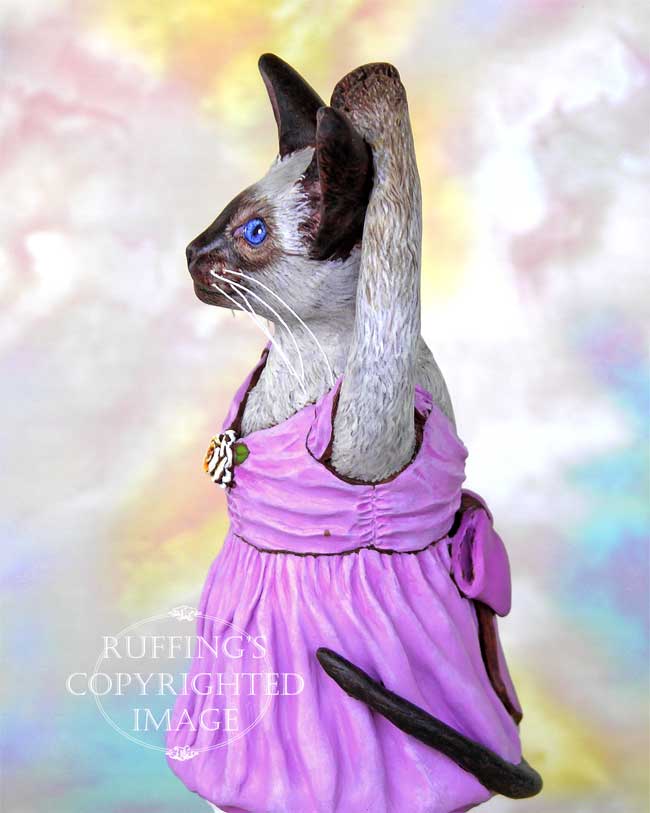 Jazzie’s lovely blue eyes look earnestly out from her dark face. Her dress is orchid pink, highlighted with shades of lighter pink. The dress is set off by a white rose at the front, and a darker pink bow at the back. Below her hemline, you can see her ruffled petticoats, one dark pink to match the bow, and the others white. 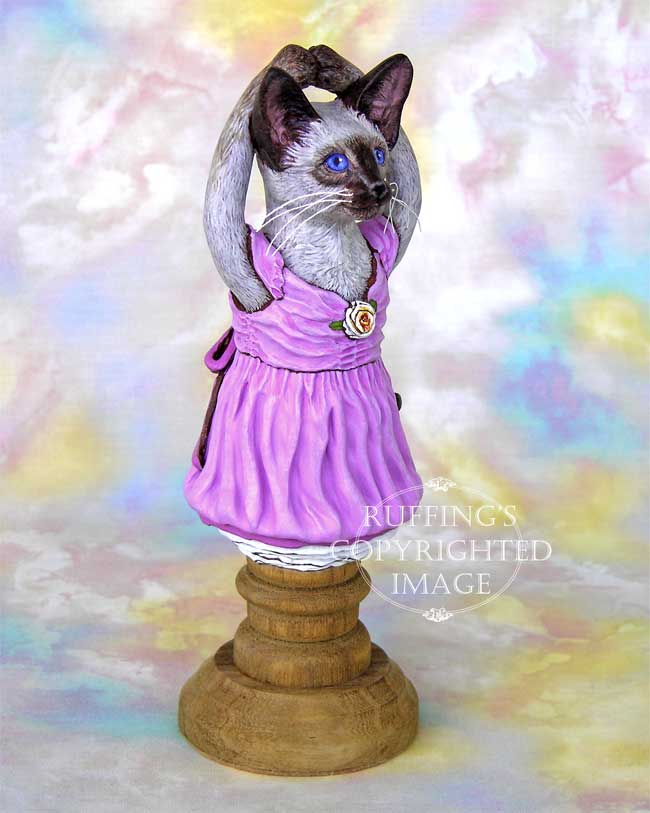 I hand sculpted Jazzie from paperclay, and used stiffened cotton thread for her whiskers. She is an original one-of-a-kind work of art, meant for display only. No molds are ever used in my work.

Jazzie is completely hand painted with acrylic paints, then signed and dated and sealed with matte varnish for protection and preservation. She rests firmly on a wooden base that is stained and sealed in golden oak, and she stands 7 ¾ inches tall.

Update: Jazzie has already been adopted. thank you!