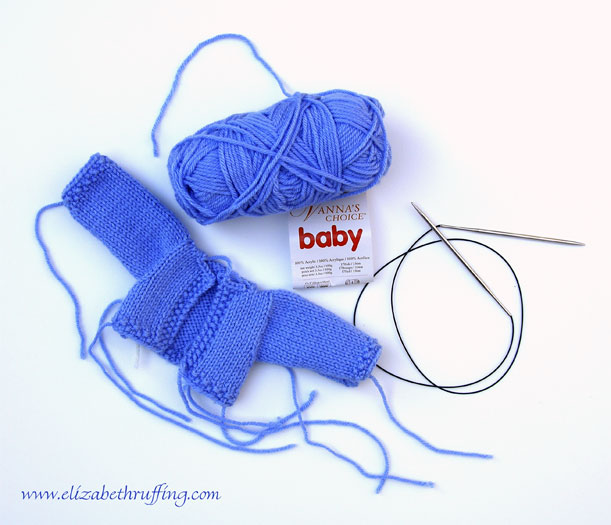 This is a cat doll-sized sweater I have been knitting. I might try to crochet on a collar. I adapted the pattern from a Fuzzy Mitten cardigan pattern. Barbara Prime has so many adorable knit animal toy patterns. My knitting skills are very basic, and so I also got myself a helpful book, 200 Knitting Tips, Techniques, and Trade Secrets by Betty Barden. 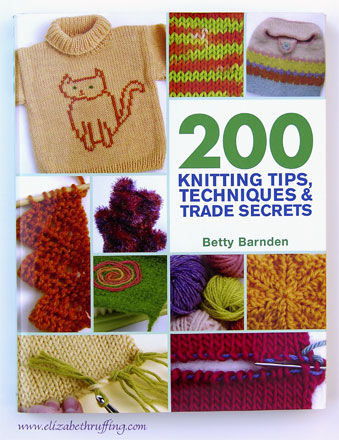 I had a couple of knitting and needlework books that just had drawings in them, and some of the techniques just weren’t clicking for me. The photos in this book helped me compare what I was doing to what I was supposed to be doing. 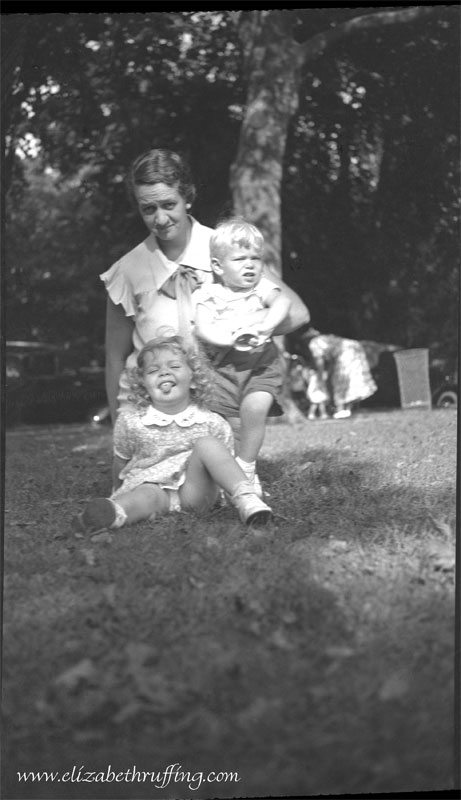 My Grandma G. was an avid crocheter. I had wanted to learn how to knit and crochet when I was younger, but I was too shy to ask her to show me. That’s her above with my dad and my aunt. You can see she had her hands full with them back then. 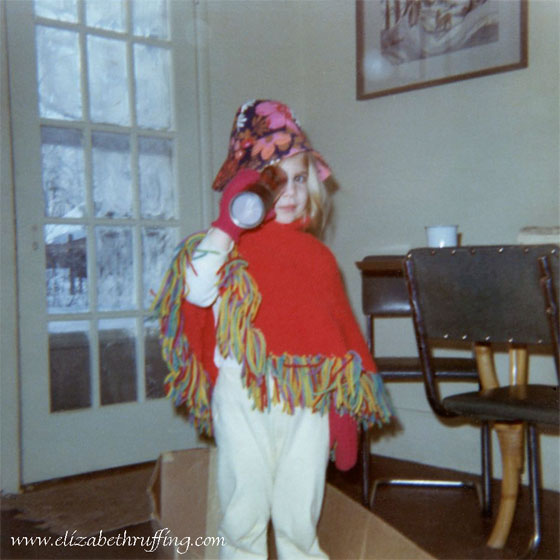 Grandma G. used to crochet, and possibly knit (I’m not even sure), ponchos for me, like these two. That’s me above in a ship my dad made for me from a refrigerator box. I’m searching for land with my kaleidoscope-telescope. My mom made the hat. 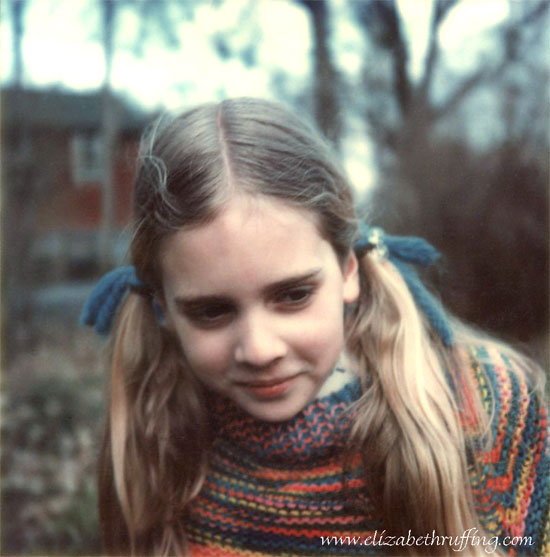 One time when Grandma G. was babysitting me, she secretly took several of my dolls who had lost their outfits. The next time she came over, she replaced them on their shelf wearing all new crocheted dresses, while I wasn’t looking. She never said a word about it either. I just discovered them there. 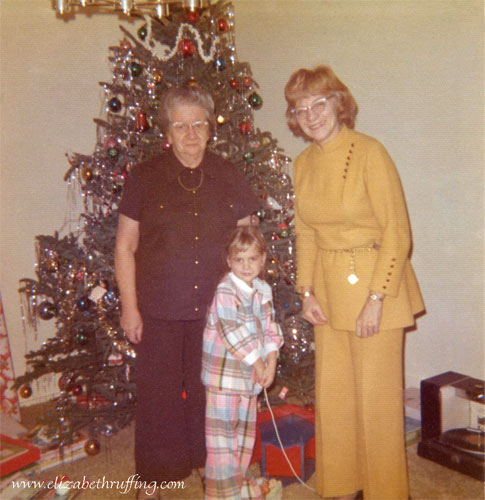 These are both of my grandmothers at Christmas time. When my Grandma F., on the right, used to babysit for me at her house, we would sew. I learned to sew from my mom mostly, and a little from Grandma F. too. Grandma F. and I would make doll clothes together. 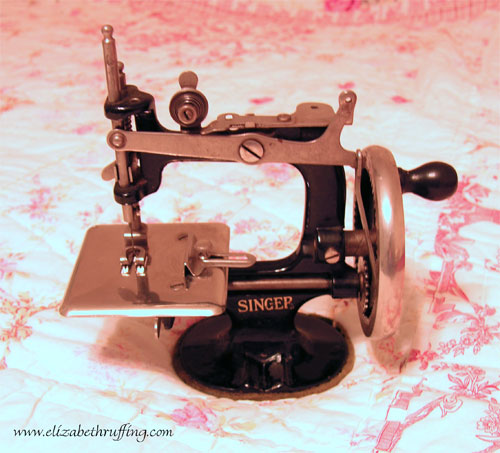 She would use her sewing machine, and I would try to sew on her tiny antique Singer sewing machine. It didn’t work very well, and I would usually end up sewing my doll clothes by hand. She gave it to me before I moved here. I just unwrapped it to photograph it and it still smells just like her attic, where we used to sew. 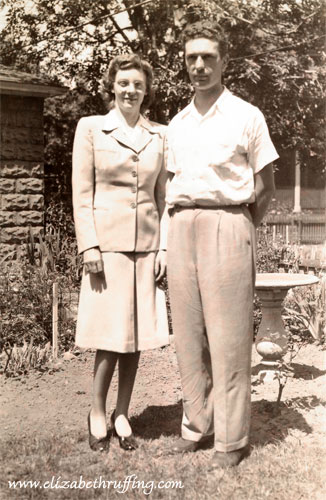 This is Grandma F. with my grandpa. Grandma F. is still doing pretty well. She’s become more lucid since she’s moved to the home, where they can regulate her diet for type 2 diabetes. My grandparents had all been incorrigible sugar fiends. Grandma and Grandpa F. would eat like little birds at meals, and then they’d snack on cake and brownies with gingerale. Grandma G. would keep a bag of candy in her purse.

Anyway, Grandma F. is doing better. Last week, while talking to me on the phone, she asked me how Liz was. She had just confused me with my mom who had just talked to her, but I felt good that she was asking about me. She says it’s nothing special where she is, but she has friends to talk to and she is doing well. I have been trying to get someone to make the trip to see her with me by car for a very long time now, and I am still hopeful that I will make it up there some time soon. I had a little hope a few months ago when the guy I was dating was going to a college reunion across the river from where my grandma is. He took a scrapbook I made to her, and he took some photos, but, unfortunately, he didn’t want to take me. I’ve been trying to talk my mom into driving (she doesn’t) so we could spell each other. It’s just something I’d like to do with some company.
Categories: Knitting and Crocheting, Me and My Studio
Tags: Knitting and Crocheting, Me and My Studio

0 thoughts on “Knitting, crocheting, and sewing”