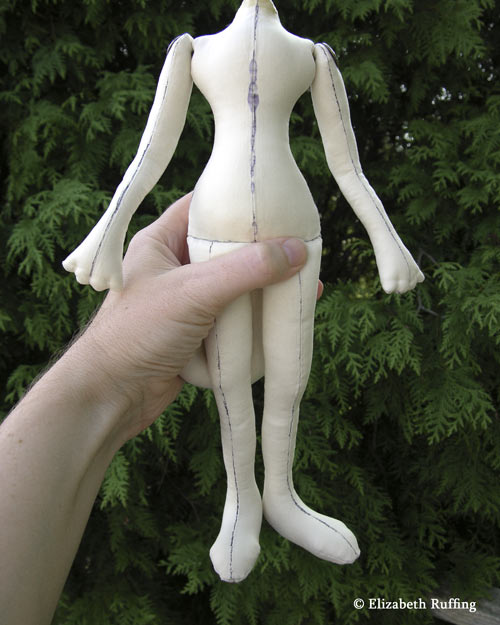 I wanted to try something different with our next cat art doll, and so I took our original pattern, and a Brown House Dolls’ pattern, and morphed them together. I reduced the size of one, and then lay one over the other on our light box. Then I redrew the whole thing. 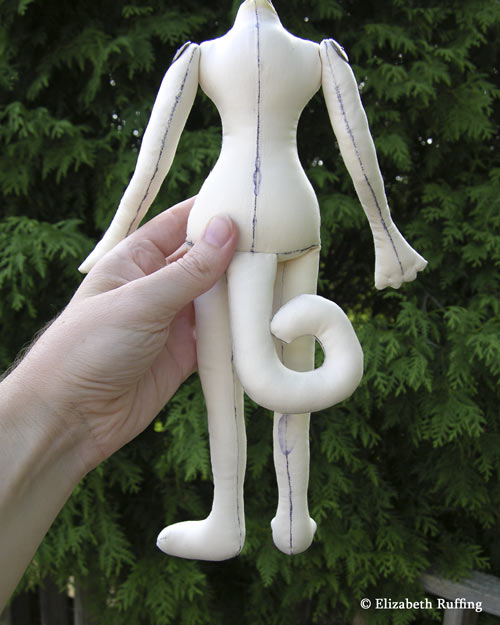 It took a lot of fiddling around, and pulling seams apart, and resewing them, to get the new kitty to sit. I wanted her tail to hang downward this time, so she would stand up nicely on a doll stand.

You can’t see her head because she doesn’t have one yet. She’s going to have a fully-sculpted head of paperclay. I glued a dowel into her neck opening, gathered stitching all around it, and pulled it tight. I’ll be passing the doll to Max Bailey, and our next collaboration will begin. 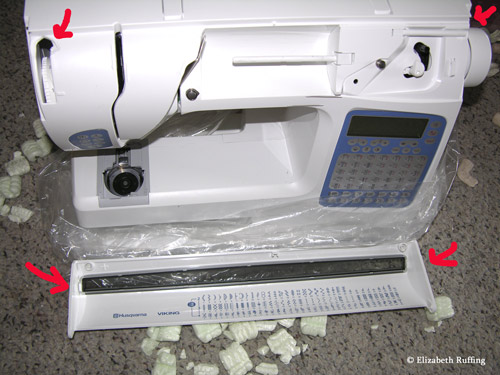 As I mentioned in my last post, my Viking Platinum sewing machine came back unclaimed, from its second trip for repair. After three tries, I finally got in touch with the seller who was going to take care of the repairs. He apologized, said he’d been out of the country again, and asked me to send the machine back, saying he’d help out with the postage. Well, I thought that over for a few days before deciding to give it another try. The only thing is, when I went to put the machine in a new shipping box, I noticed things falling out of it, and off of it. Above is the area over the spool holder, that has the stitch display. It fell right off. 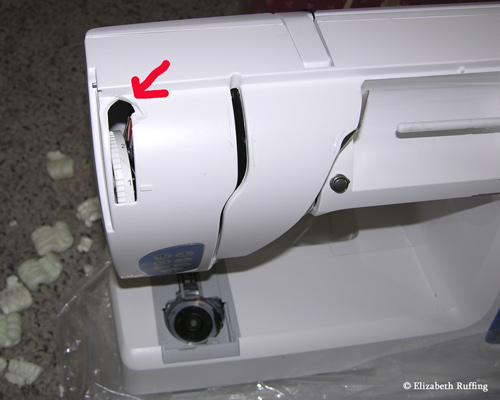 That’s because there is a big chip right in the body of the machine. The back of the machine didn’t fare too well either. Below is the presser foot lever, cracked right off of the body. I packed it well, in its original styrofoam packing, and wrote “fragile” all over the box, which had no signs of damage. I talked to the Post Master about this, and she clued me in that there are no longer any parcel delivery services where packages are hand carried. Everything goes on a conveyor belt. Since the package was never claimed, and was missing for a month, who can guess what it went through. 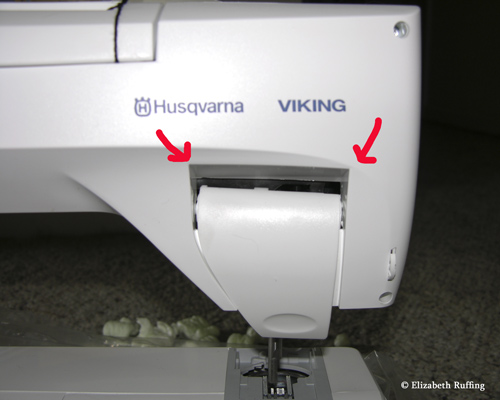 This machine has made at least six trips, from one side of the country to the other, total, if you count the trip it made from the distribution center to the dealer. I think it just had enough. It was a sturdy machine, but I’m sure it wasn’t meant to be shipped back and forth across the country so many times. I hate to think what is going on in the inside. I hate that I can’t get it replaced, because it is discontinued, and I certainly can’t get it fixed, not in this shape.

I have to wait to see what the Post Office is willing to do, and I still have to contact the seller. This whole thing has been a nightmare. I should never have been asked to send it again for repair anyway. It should have been replaced a long time ago, when it started malfunctioning. The seller could have at least reserved a spare of this model for me, in case he couldn’t fix it, but he sold them all. He’s got a couple of similar, but newer models, but I’ve read they both have known issues. Had the authorized Viking repairman, to whom I initially took it, identified the problem correctly, and had the two faulty step motors just been replaced by the seller, it might have been fine. Instead it is a total mess, and I’ve spent the past ten months trying to get some resolution. Either way, it’s not like I’m going to get the machine I wanted. I’m astounded by how many people there are out there, doing really bad business, individuals, small business, and major corporations. All sizes. I’m just amazed, and I don’t even know what else to say about it.

0 thoughts on “Experiments in sewing, good and bad”