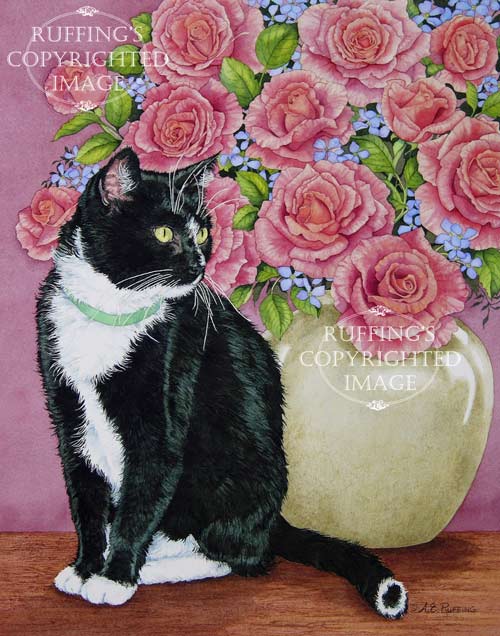 Tuxedo and Roses by A E Ruffing 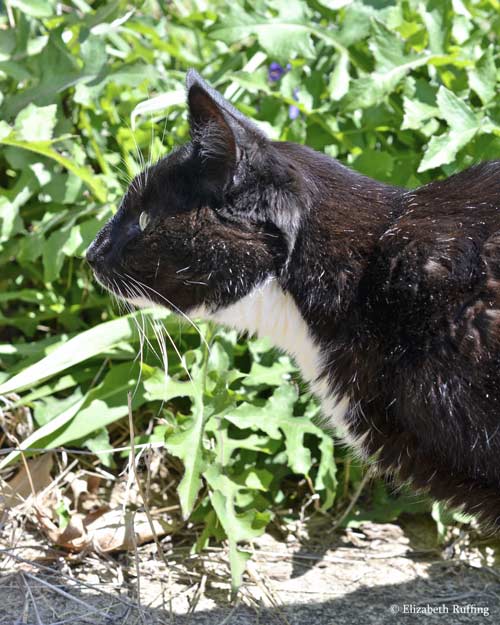 We had to let Maxie go last Thursday. Maxie was able to eat a little, but quickly became bloated again. He was exhausted, but was still purring for us, although we could hear fluid in his lungs. We took him outside for a while. He walked around and lay in the sun, but he was so tired. We tried to keep him as comfortable as possible, for as long as possible, but it became clear it was his time. 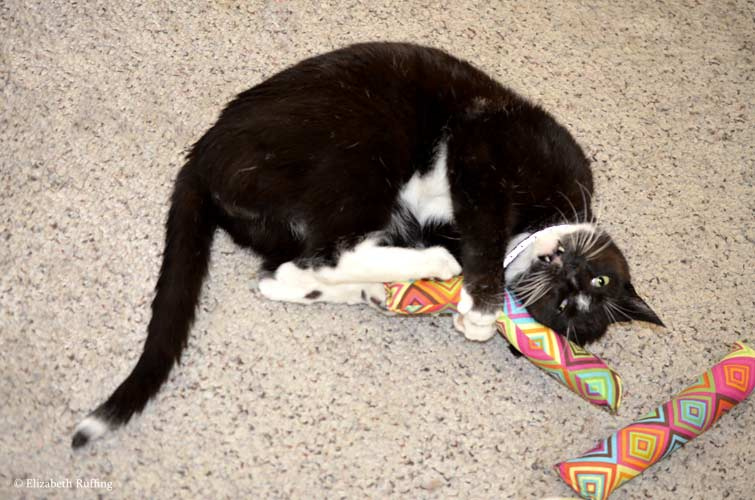 On the way back from the vet, I wanted to stop for a forsythia bush to mark his resting spot. I had awakened that morning, thinking that was the right one. My mom waited in the car, while I stopped at the store. The very first plant I touched, after walking right to it without hesitation, was a forsythia bush. It wasn’t blooming, and so I had no idea until I saw the tag. I took it home. I am very tired, but will plant it as soon as I can. He’s at rest next to his best friend, Laurence. 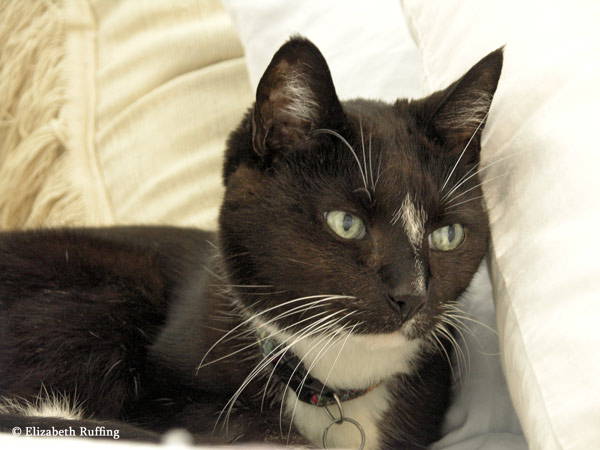 We feel very sad, but relieved he is not suffering. He lived to be seventeen years old, and it is hard to adjust to his not being everywhere. He would always jump on the counter and walk around my breakfast in the morning, no matter how many times I picked him up and put him back on the kitchen floor, and I always passed him in his bed near the front door, when I went to open it. He liked to sing loudly in the middle of the night, all by himself. He always did that, his whole life. We thought he must like the sound of his own voice. We miss him.

Category: All Creatures Great and Small
Tag: Me and My Studio
Leave a Reply Cancel reply