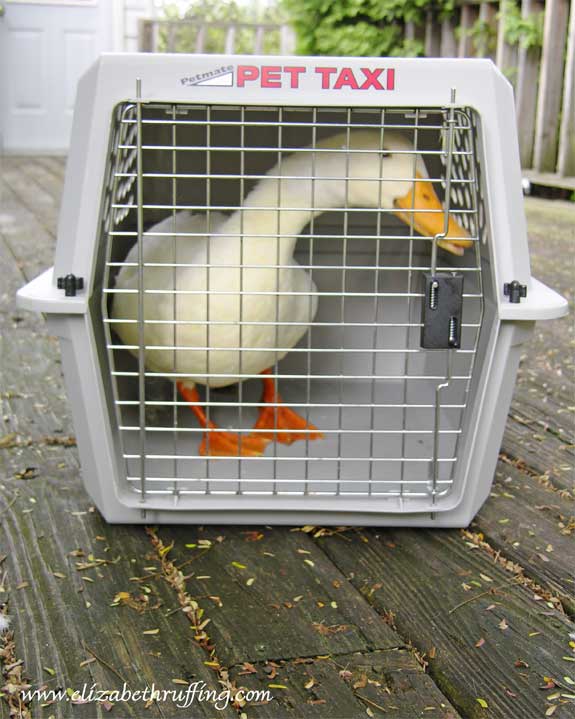 Last night, I had asked a friend, “How do you tell a duck to show up between 7:30am and 5:30pm so we can get him to the vet while the vet is in?” I was dreaming about catching the duck this morning when I woke up. I got out of bed, thinking I’d better check, just in case the ducks really were out there. They were! Right at opening time for the vet’s office! 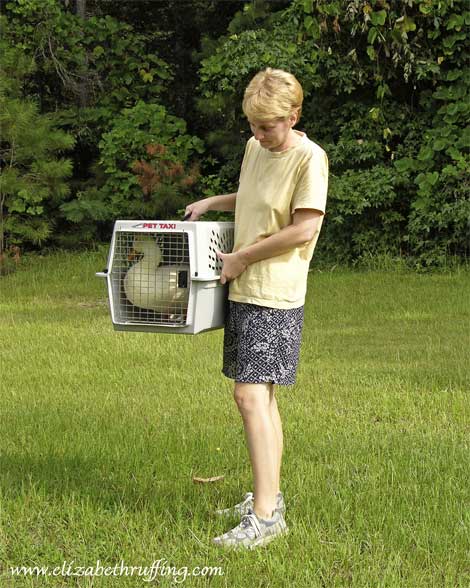 I got a hold of my dad, who showed up still half asleep, and the two of us followed the ducks around the backyard for about half an hour, with a sheet, trying to throw it over the injured duck, which is what a wildlife rehabber had recommended. The only problem was that we had to avoid the duckling, and all three ducks and the duckling were sticking together, as closely as they could, for protection. The mama duck, the one who likes to talk to me, was the most loyal of all. She would not leave the injured duck’s side. Eventually, my dad got the injured duck to veer to the side, and I dropped to my knees and grabbed the duck, giving up on the sheet. If he hadn’t sat down to rest for a second, I wouldn’t have had a chance.

I wrapped his body in the sheet, with his head and neck sticking out, and I sat with him on the back step, while I called our vet. The mama duck was quacking away at me the whole time. She didn’t like the arrangement at all. I told her it was okay, and I wasn’t going to hurt him. She quacked some more, and then decided to leave him with me. She quacked all the way back to the pond. 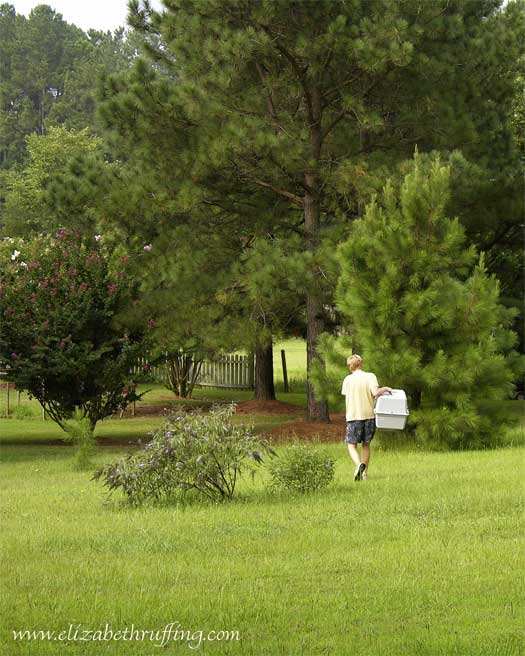 I hadn’t been able to get the avian vet, but I had talked to our vet yesterday, and he volunteered to try to remove the fish hook from the duck’s leg. Because the duck is technically a domestic duck, even though he lives in the wild, he isn’t eligible to be treated by the wildlife rehabiliation groups. So, he had to be treated as a neighborhood pet, or that’s what the avian vet had called him.

He was a big hit at our vet’s office. Everyone loved him. They were not used to seeing ducks come in. He got lots of enthusiastic attention from the entire staff, and he seemed to enjoy it. I was told he was affectionately rubbing his head and neck against one of the techs who used to work at a zoo. Our vet gave him an injection to numb the area, and got the hook out. Yay!! Then he called the same avian vet and got some advice on an injectible antibiotic. I could hear him talking on the phone, but when he came in, he tried to deadpan that he was going to give me some medication to give the duck twice a day! Ha! 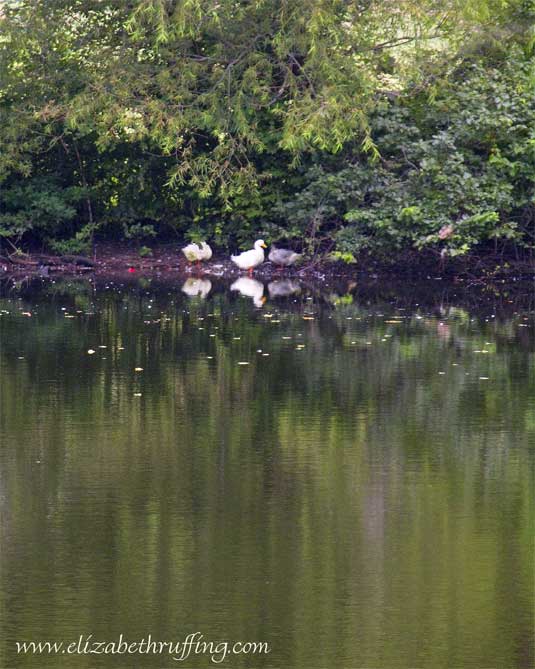 The staff said they wished they could keep the duck there as a mascot because he was so cute and nice. He had to go back to his pond though. Once we got back, I carried him down the hill, in the Pet Taxi, and when he saw the opening in the brush to the pond, he let out a big quack. The mama duck heard him and started quacking back. I released him, and watched him waddle as fast as he could go into the water. Then I saw the other ducks come running to him, and then the duckling too. He was busy taking a bath. 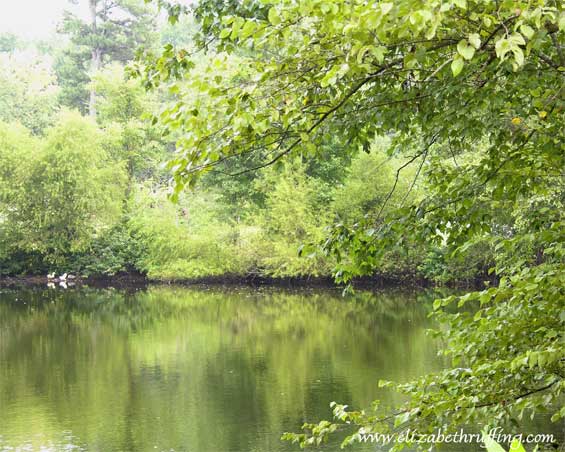 So, there they are, in the corner of this photo, bathing and napping. I’m sure they all feel better now. I’m so glad there are nice people in the world who are willing to help. I have no idea how those ducks came to live on the pond…they just showed up one day…but they sure aren’t well suited to the wild. They can’t fly, and they don’t migrate. They need some help sometimes. As I said before, I sure wish people wouldn’t leave their garbage behind. It seems like such a simple thing to pick up after yourself. I just wish they would. 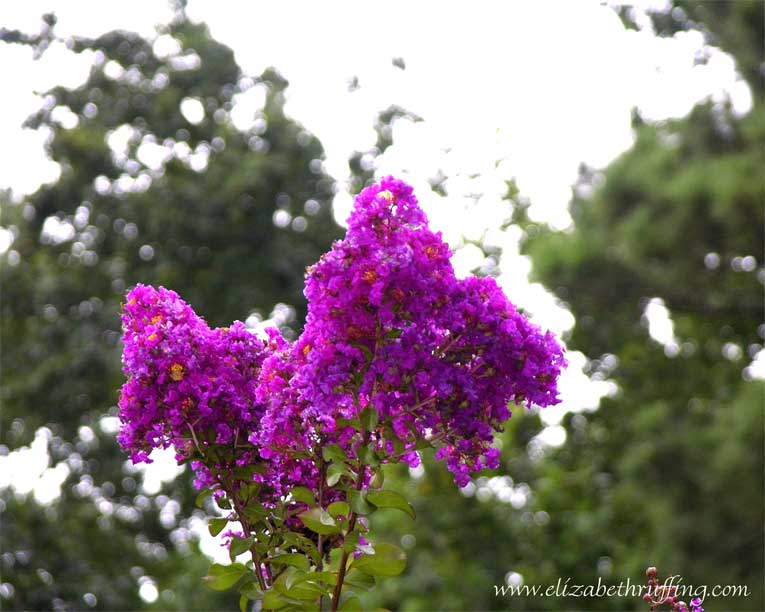 On the way back from checking on the ducks, I snapped this photo of the purple Crape Myrtle that is in bloom all over North Carolina right now. So pretty. What a relief that everything turned out okay today.

0 thoughts on “Catch and release”