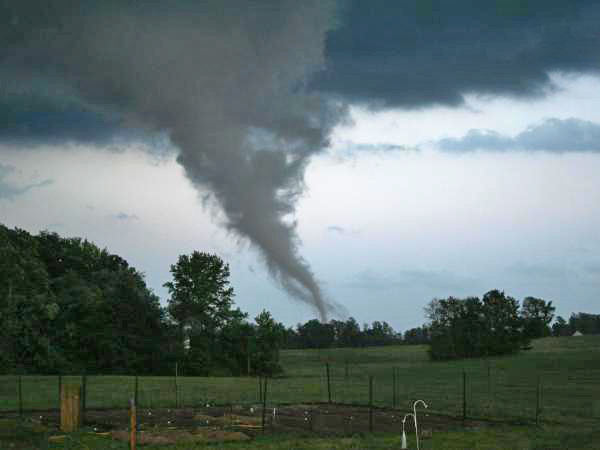 Around 8pm last night, I was sitting out on the front porch, cooling off in the nice breeze we were having, when my neighbor across the street yelled over to me, “Do you know there’s a tornado right behind your house?!”

No, I didn’t. I went to the end of the porch, and saw a huge dark cloud over the trees, but I didn’t see a tornado. Then the funnel part veered out from behind the trees and I heard the girl across the street screaming, “It’s coming right at us!” It was over the duck pond at that point, just down the hill, and heading up between our neighbors’ house and ours, casually meandering from side to side.

I quickly got inside. We rounded up the kitties, and we sat on the bathroom floors. It was quiet except for some sirens going by outside. The lights only went out for a few seconds. 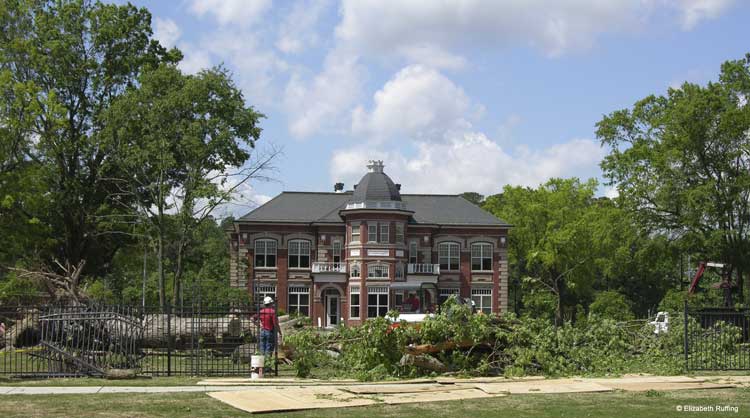 Later on the news, I saw it had taken down the over 100 year old tree in front of the town hall, smashing some of the wrought-iron gate. There were reports of shopping carts flying through the air in the plaza across the street from there. 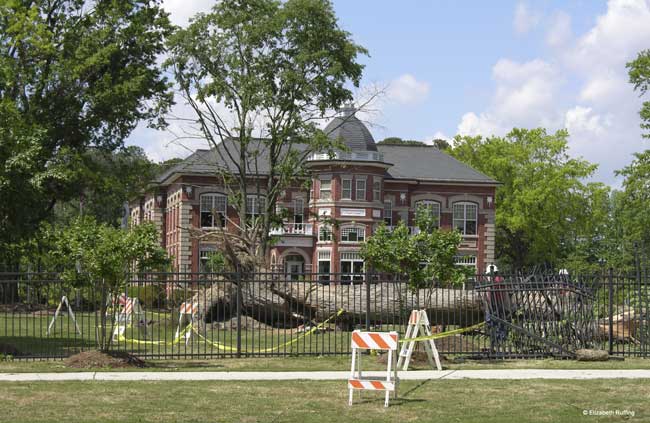 It looked like a a long, skinny finger, but it still managed to pluck this gigantic tree right out of the ground. The tree was about 6 feet in diameter, and 65 feet tall.  Such a shame, but thankfully no one was hurt.

Our neighborhood was fine. I talked to a neighbor this morning. He had been taking someone home in the rain, and when he turned around, he saw the tornado was right over his house. Apparently, it had come across the lake, over the duck pond, and then split in two, with one part veering away from us. Then the whole thing headed east, where it removed someone’s garage, only 10 feet from their home, without touching their house.

One of our kitties is still following me up and down the hall today. I think he wants to be ready, if anything else is coming, but it’s been a lovely day today. The ducks were just fine too. They showed up this morning, a little muddy, but no worse for the wear.