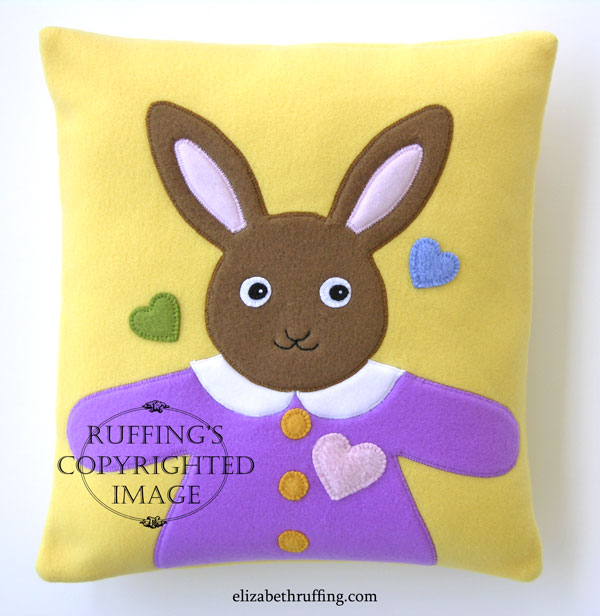 I finished my Hug Me Bunny decorative fleece pillow and made a Hug Me Slug pillow friend for her out of sheeting and quilting cottons. I’m experimenting with which fabrics I like the most for pillows. I think I will try a combination of a fleece background, with sheeting and quilting cottons for the appliqués too. I tried that on my Super Slug and liked how it worked out before. 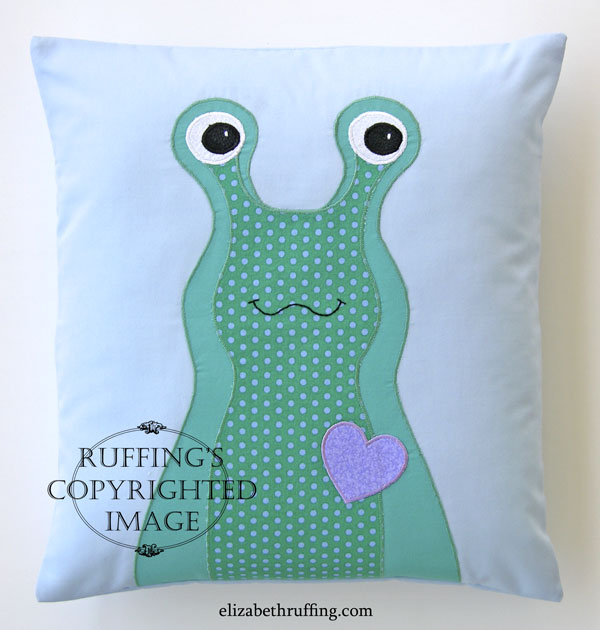 I made an envelope closure for each pillow back, in their background fabrics. To do this, you work out the measurements for half your pillow height, plus a hem and seam allowances for the top piece, and the same plus 3 to 4 inches for the bottom piece, by the pillow width. Then sew the hems, overlap the two pieces, and sew them to the front of your pillow, right sides together. Finish the raw seam edges, and turn the pillow cover right side out. 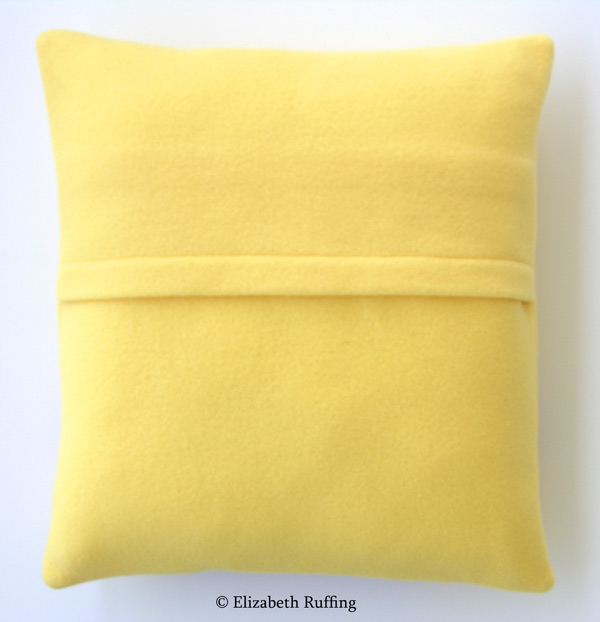 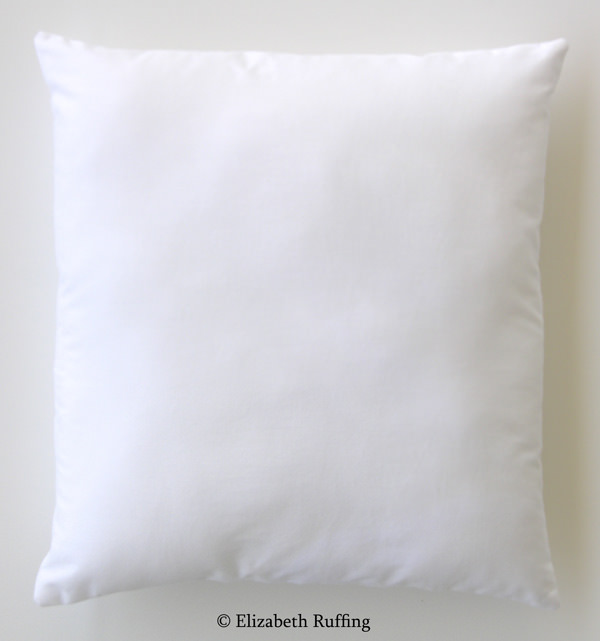 I recommended hand washing for the pillow covers, cool water for fleece, and warm water for sheeting. Sheeting can be ironed with a warm iron on a synthetic setting since I used a poly/cotton blend. My pillow insert can be washed too. I recommend hand washing for handmade items, and leaving them to air dry.

Both pillows are over in my Etsy shop. 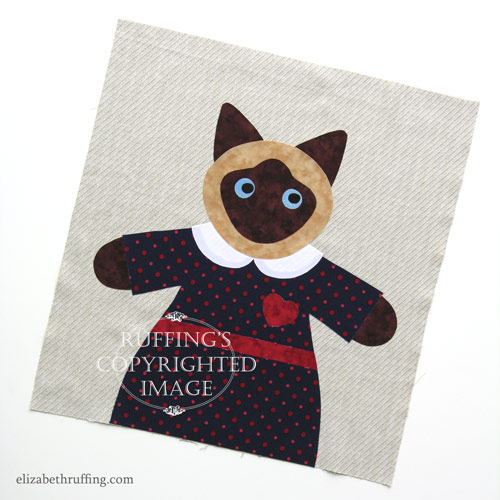 I, of course, redrew parts of my drawings from yesterday, playing around with bunny, kitty, and puppy clothes, and thinning my Hug Me! Slug down a bit. I have to fuss over what I do or I just wouldn’t be myself. Hug Me! Kitty can now be a Siamese or a tuxedo kitty. Today she is Siamese. I really like how her dress came out too. These are photos of the fabric after it was fused onto the background pillow fabric, before I’ve added any machine stitching embellishment. 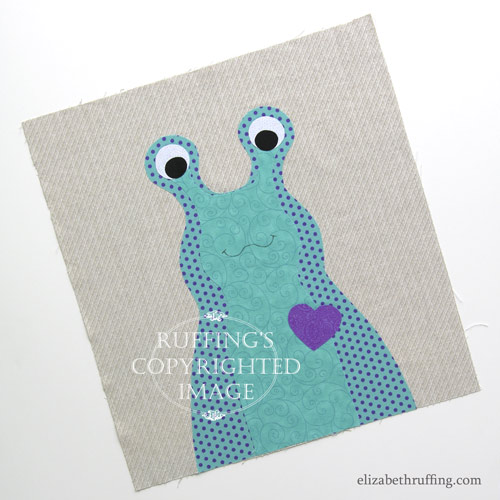 I cut out and fused these two slugs before I thinned them down in my drawing. They’re well-fed slugs. I must be polka dot happy this week. I’m thinking of ordering some solid color cottons too, for variety. 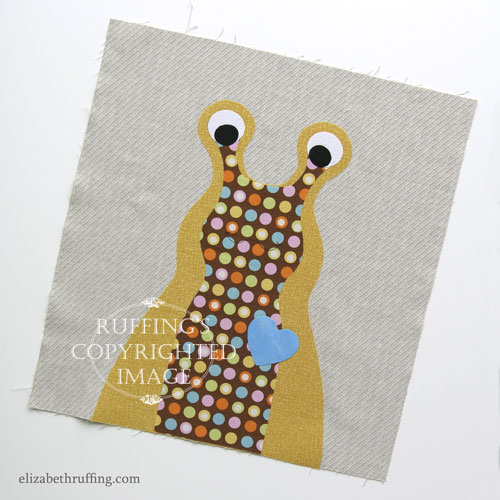 It feels good to be making something with my hands instead of typing, clicking, and moving a mouse around. I’m enjoying “dressing” these little animals too. Once I have the other two characters fused, I’ll start embellishing them with machine appliqué and some decorative stitches as well. 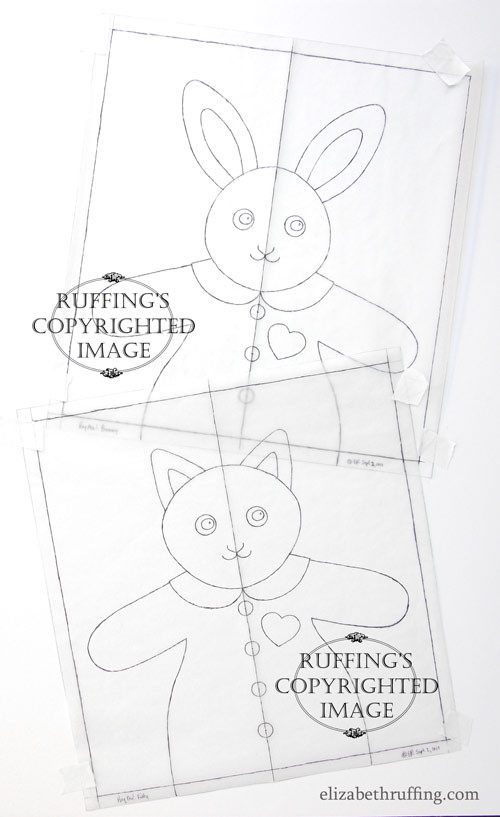 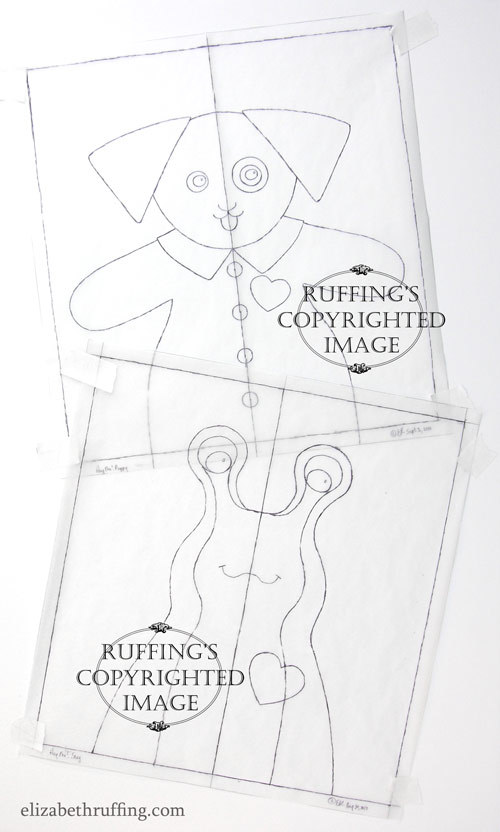 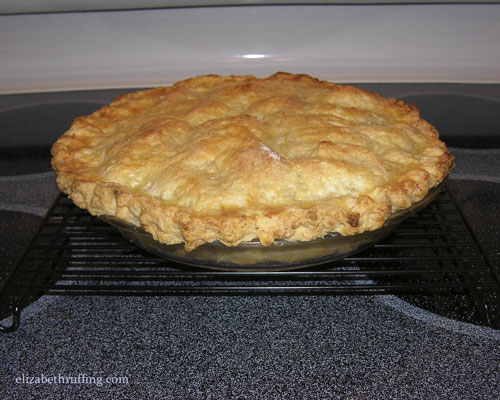 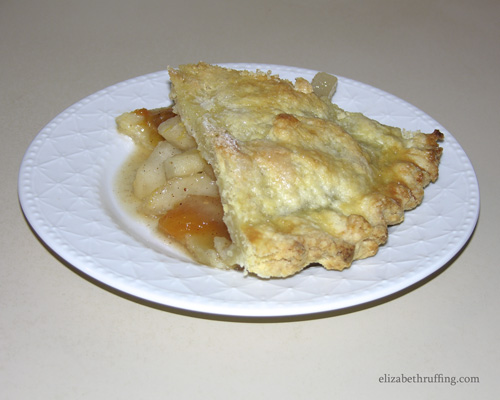