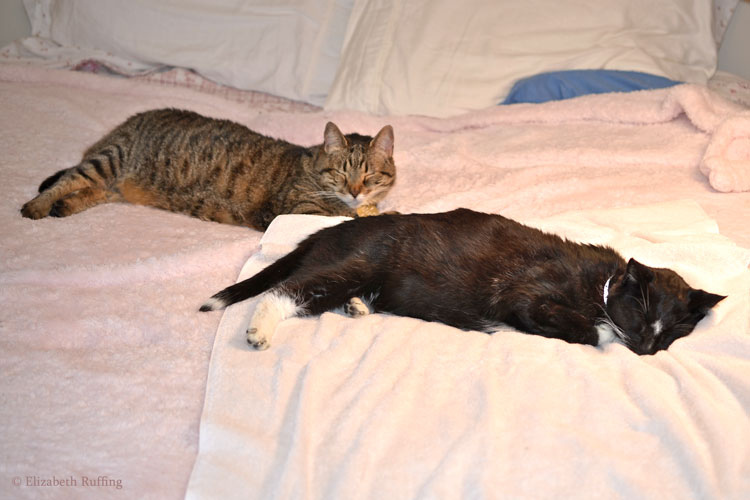 After his vet visit on Friday, Maxie had a lot of unusual bloating, which kept getting worse. We were right back at the vet on Saturday, and Monday, and Tuesday.

I didn’t include in my last post, with all the other sad news, that our vet had had a terrible accident two weeks ago, and got kicked in the chest by a horse. He had shattered ribs and was in intensive care. Thankfully, he is okay, but in pain, and he was just released from the hospital. We visited with him when he stopped by while we were there. I’m so glad is is okay. We have been going to him for the past eleven years. We miss him, but even more in times like this, when we need guidance about our pet from someone we trust and know. His wife brought him in to visit, and it was clear he was feeling weak and tired. I was relieved to see him. I wish I could have asked him for advice.

There are two new vets handling patients, while our vet is away, and they had differing opinions about what we should be trying. We’ve been there for hours every day, and Maxie has had to hang out there even more than we have. Luckily, he seems content when he is there, and, remarkably, purrs for everyone. 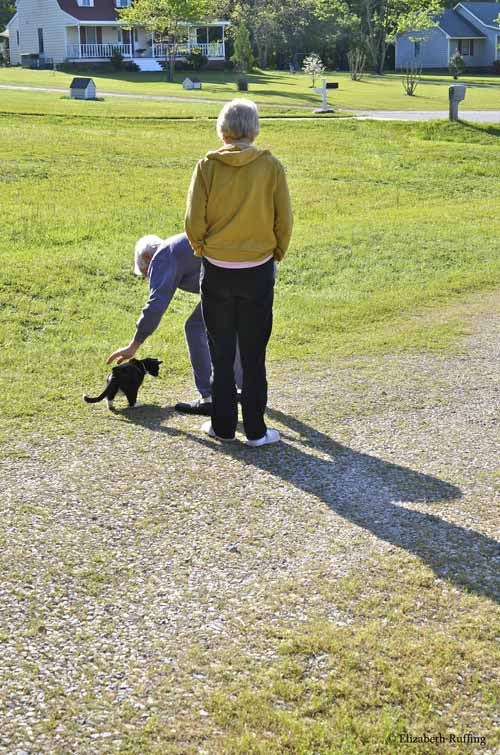 The vet on duty on Saturday was worried about trying to get any abdominal fluid, and wasn’t sure any more tests would give us an answer. She indicated it could be risky to try to go in with a needle, in case there is a tumor, and didn’t seem to think an ultrasound would necessarily help. Most of the options she gave didn’t sound like they would have much effect in helping poor Maxie. 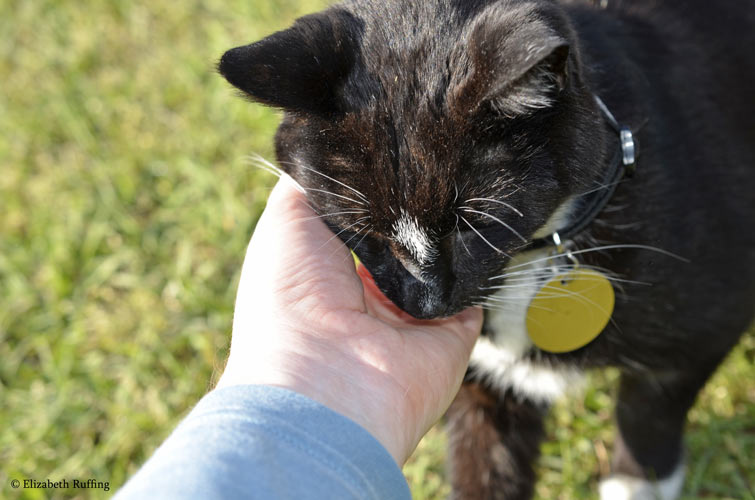 On Monday, we went back in, after taking our boy outside for a while, to lift his spirits. He loves the outdoors and the sun, and seemed to enjoy himself. Once at the vet again, we waited for three hours, while everyone there tried to get someone to do the ultrasound. The vet on on Monday said if she did an ultrasound, she could safely put a needle in to drain the fluids that were bloating his abdomen, and she was sure it would tell us what was going on. But they couldn’t get anyone to come until the next morning. 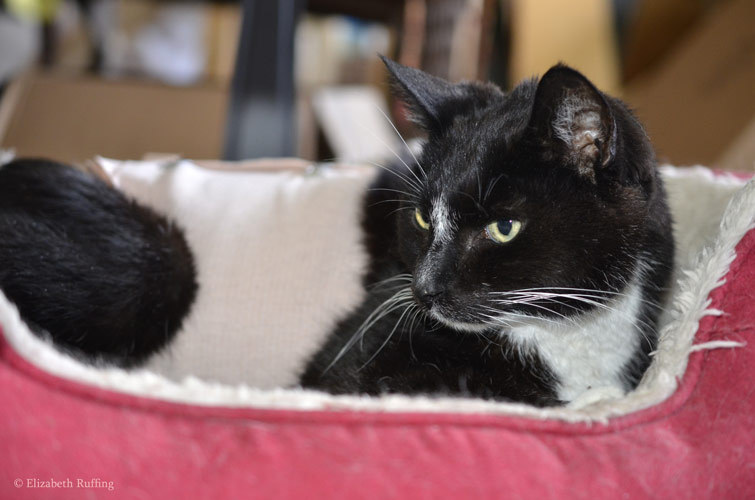 We were back yesterday morning, and watched them roll in the ultrasound machine. The ultrasound didn’t find anything definite, other than that he had a huge pocket of fluid in his abdomen. The doctor who came in to do the ultrasound didn’t drain the area though, which we were anxious to have done, since he was uncomfortable and not eating or going to the bathroom. She felt the vet on duty could safely do it herself, without the ultrasound, since the pocket was so big, but she had some surgeries. We waited some more. I felt like I was going to go insane in that office, if I had to stay anymore. I’ve lost count of how much time we’ve been in there. I asked if I could bring him back later, when the other vet could drain the fluids. They asked we leave him there instead, so the vet could get him started on draining.

An entire liter of fluid came out. Two pounds of fluid. He’s had his tummy shaved and he’s wearing a big bandage temporarily because there was some leaking from the procedure. He couldn’t walk so well when we got home, but he is doing better at the moment. He was able to eat, with the bloating gone, but it will likely come back, since the cause is unknown.

Today is my cousin’s birthday. He passed away from cancer less than a year ago. I remember he had to have the same things done so he could eat. Maxie may have cancer as well. That sounded like the most likely diagnosis, even though we don’t really know. They didn’t feel they could do anything much more, other than drain fluids, if they come back and he is still eating. We’re giving him subcutaneous fluids twice a day for dehydration. He’s also on painkillers and other medicines to try to make him comfortable. He is sleeping mostly, but ate and walked around this morning. We’ll have to stick around here to monitor him. 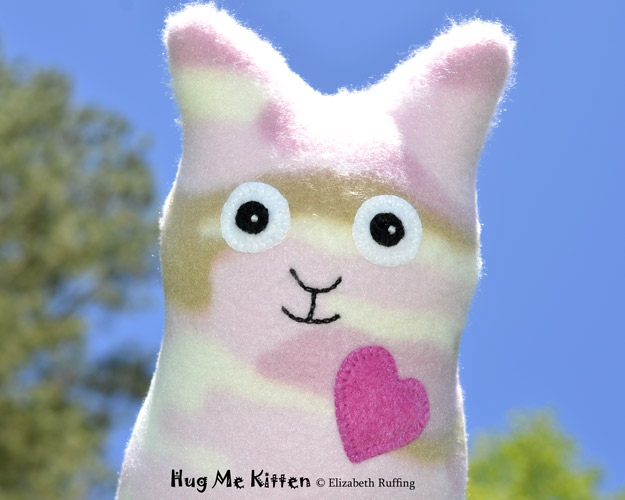 As you might expect, I haven’t gotten to much else. I put these three new Hug Me Kittens up. I will be posting my new handmade stuffed animal toys in our Ruffing’s shop. 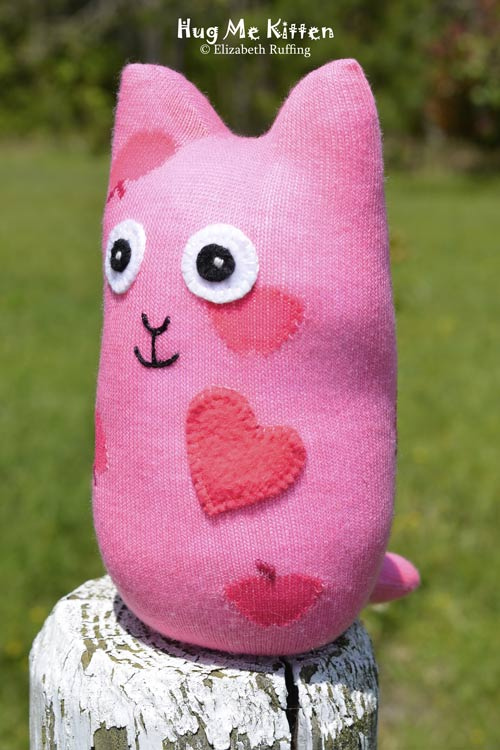 Sewing is probably as good a thing to do as anything, in stressful situations. I try to read, but I get so distracted. 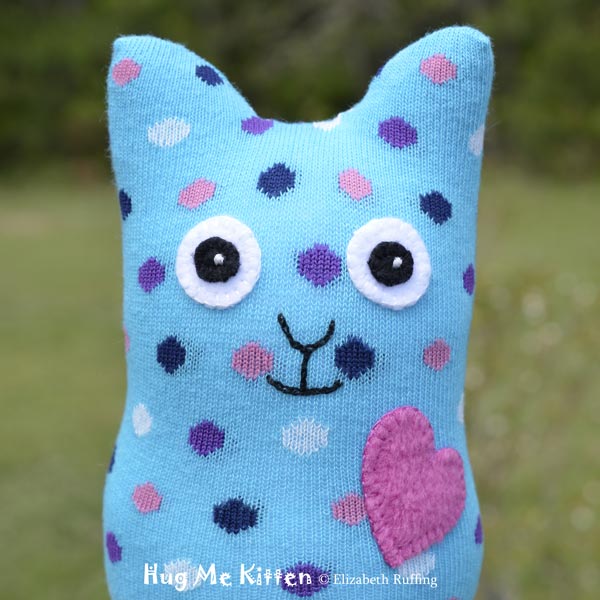