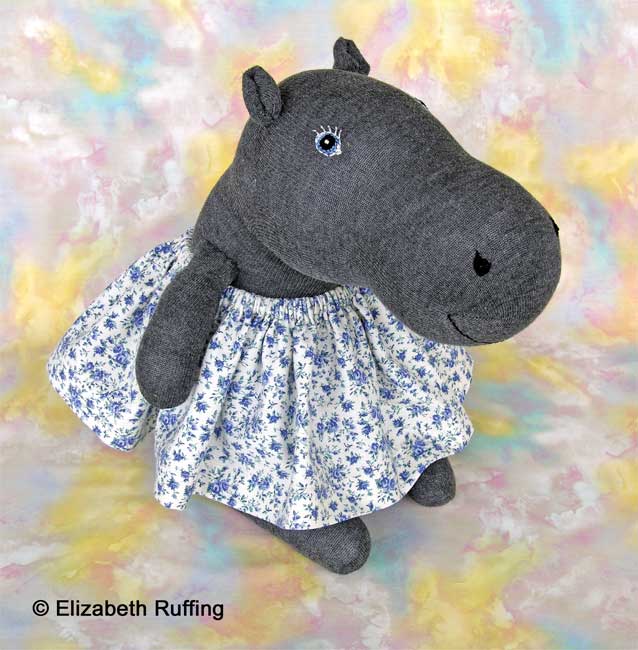 Here are some better photos of “Hilda the Hug Me! Hippo”, my sock hippopotamus. You can see her hand-embroidered eyes, nose, and mouth, which I did by winging it with some embroidery floss. 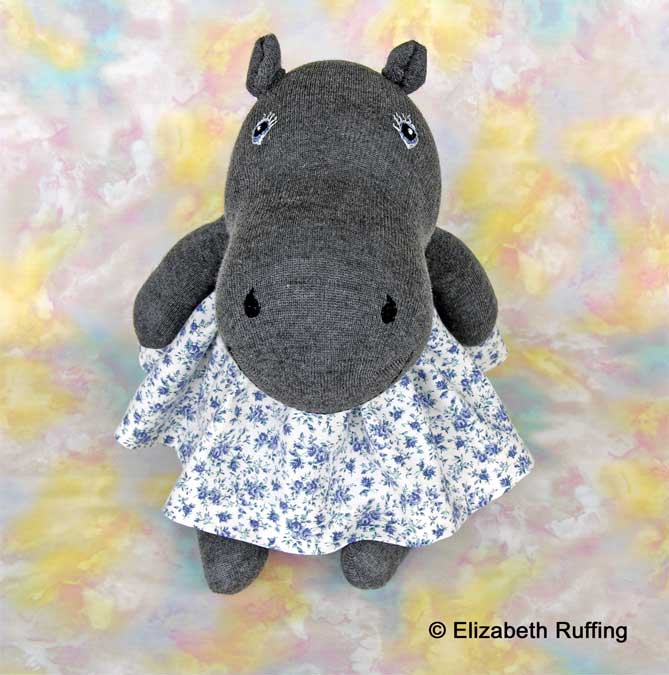 I even gave her some eyelashes, and some tufts on the end of her little tail. 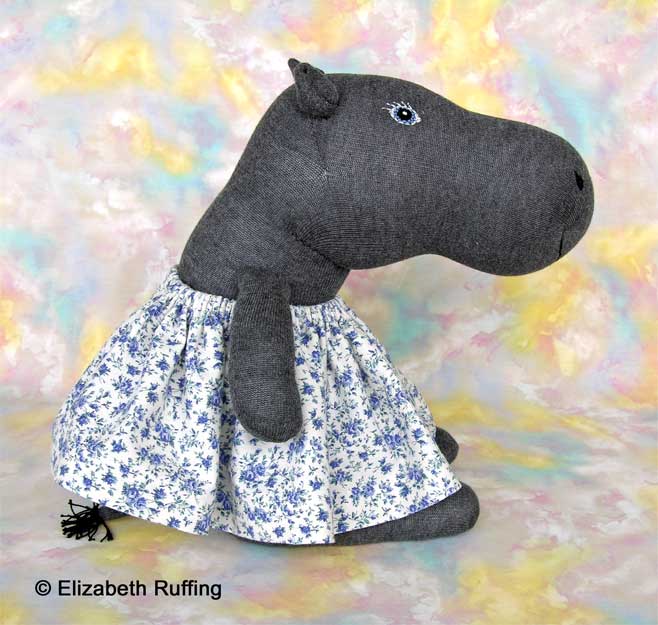 Her posture is pretty funny too. I think I might just keep her! 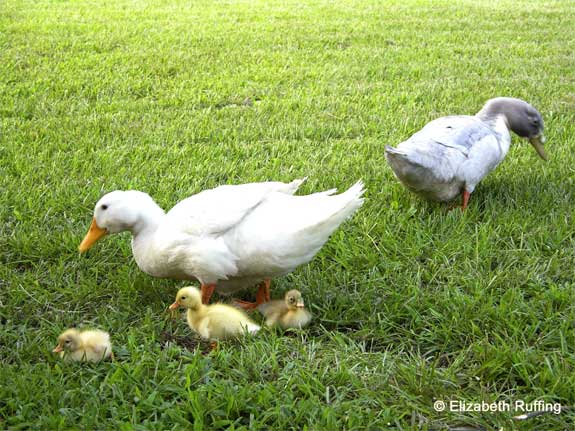 The ducks showed up with some babies! Two sets, on different occasions, so far.

Their mama likes to talk to me. She will walk right up to me and quack, quack, quack. She’s the same duck who ran into some trouble before, the one we caught in a sheet so I could remove some fishing line from her leg. She seems to know me. Sometimes she will just sit and look at me for a while, tilting her head this way and that. She’s very sweet. 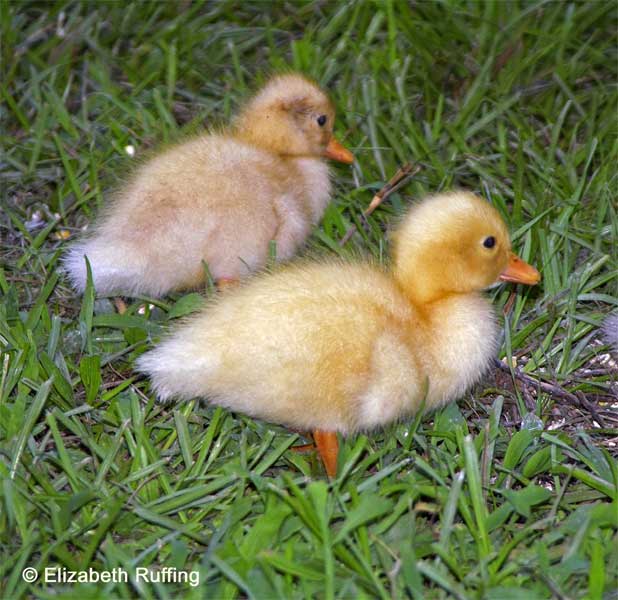 We’ve only seen one duckling today, and we’re hoping the others are hiding down by the pond with the other mama duck. They don’t all leave the pond together lately. Some stay behind. The ducklings in the other set are smaller, and I haven’t seen them myself yet. I’ve only heard about them. 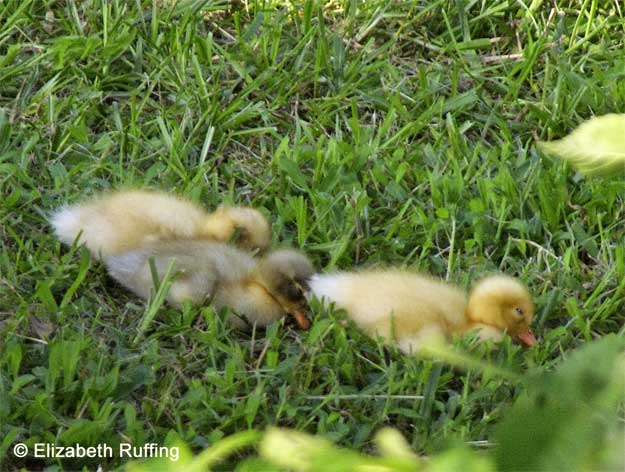 It’s a big trip for them. They will just fall asleep in place while the other ducks are standing nearby. If anyone slows down long enough, it’s nap time.

Update: Just as I was posting this, one of the missing ducks appeared limping badly, unable to make it up the hill. We caught him in a sheet and found he had a long fishing hook stuck in his leg. We couldn’t get it out, but managed to cut it off so it won’t get snagged on anything. We poured some peroxide on the wound, but there is only one avian vet we know of who was willing to help last time, and he isn’t open at this hour. So, we will have to wait and see. Please everyone…pick up your stuff and dispose of it properly when you leave a place. Garbage and leftover fishing hooks and fishing line cause so much suffering.

0 thoughts on “Hippos and ducklings”